The Best Brunch In Bucks County—See for Yourself! 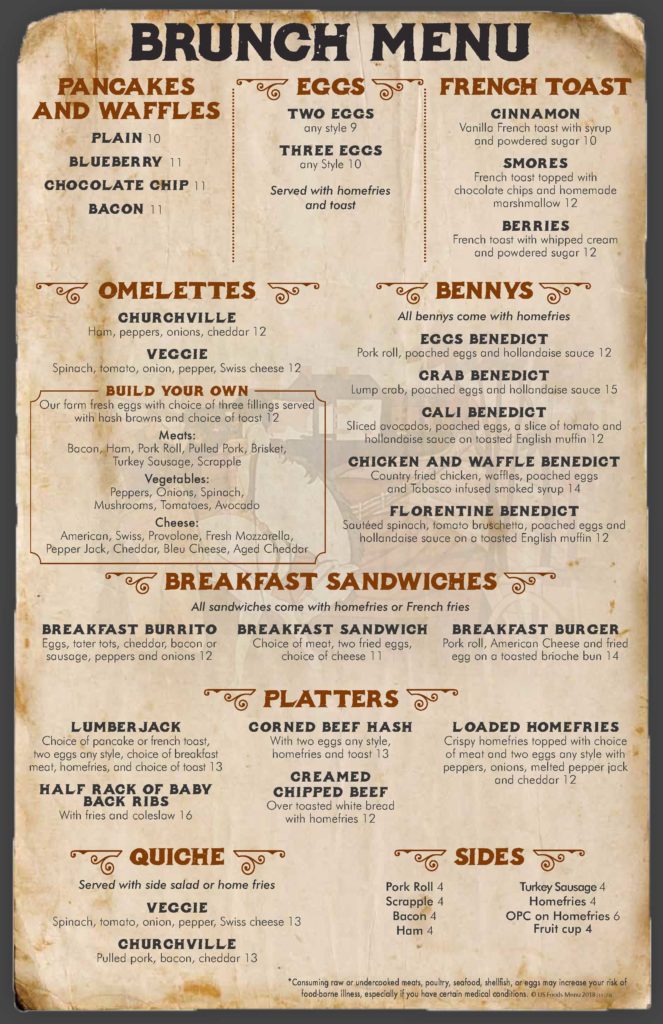 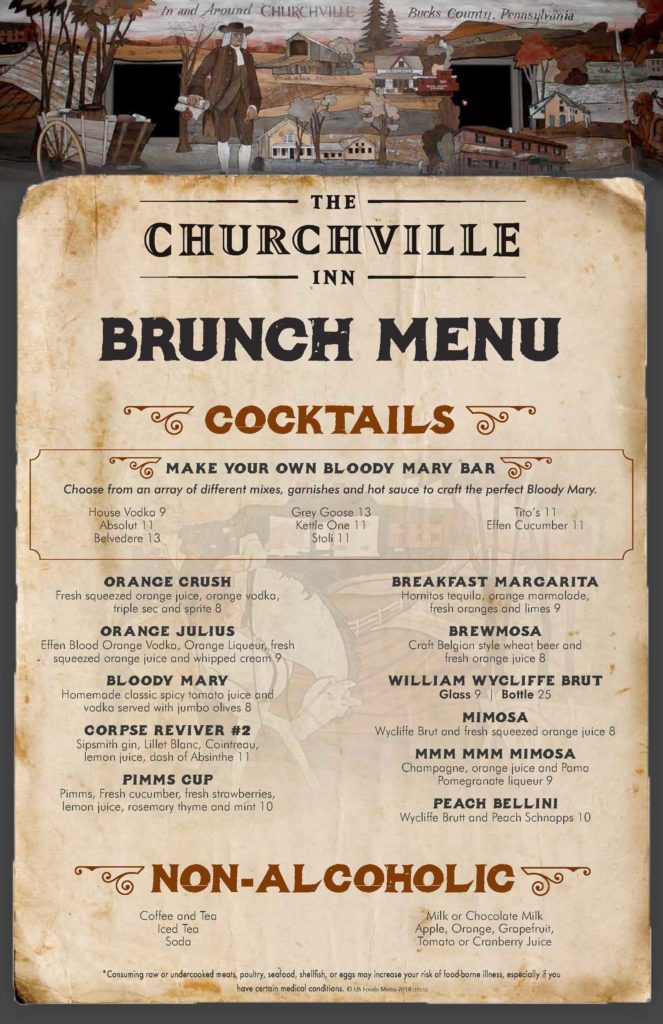 Brunch. We know it’s not quite breakfast, and it’s not quite lunch, but it’s safe to say we can agree upon what it definitely is: Man’s all-time greatest invention. Sorry, wheel.

Beyond that, brunch can be the subject of heated debate. There’s omelettes, pancakes, eggs benedict and of course, chicken and waffles. But which is the best?

Maybe you were at our bar late on Saturday night watching some fine entertainment. That’s no reason not to come back on Sunday for the best brunch in Bucks County!

Whether you’re from Langhorne, Newtown, Southampton, Churchville or Northeast Philly, we’re inviting you to come down and experience brunch Churchville Inn style, and then decide for yourself. Let’s learn more about the contenders.

The Omelette – A version of the omelette has existed since ancient history. The word omelette itself, which of course is French, became popular in the 1500s. Legend has it that when Napoleon and his troops were traveling through the south of France, upon resting for the evening, he ate an omelette prepared by an innkeeper from Bessieres. Napoleon loved the omelette so much that he ordered the people of Bessieres to round up all of their eggs and help make an enormous omelette the following morning for his army to enjoy.

Pancakes – There are many variations of pancakes made throughout the world—crepes in France, injera in Ethiopia, dosa in India, blini in Russia and the list goes on. We can trace the pancake’s roots all the way back to Ancient Greece, to their “tangenias.” However they were much different than the pancakes we know and love nowadays.

Eggs Benedict – While eggs benedict are a much more recent invention, their history is also foggy. Several people and restaurants claimed to have invented eggs benedict, but one of the most famous accounts came from a New York stock broker named Lemuel Benedict, who claimed that the dish was invented after he ordered buttered toast with a poached egg, bacon and hollandaise sauce in the wake of a hangover. We’ll never know who really invented the brunch staple!

French Toast – Did you know that the French call the dish pain perdu, which means “lost bread?” That’s a reference to french toast being a way to save stale bread that would otherwise be no good to serve with different dishes. But the brunch favorite stems far before French culture, all the way back to the 300s, appearing in a collection of Latin recipes. Back then, the recipe called for soaking bread in milk.

Of course, take a look at our full brunch menu and you’ll see that we have much more to offer beyond these timeless classics. But what do YOU think is the best brunch food there is? Come try our brunch offerings, then let us know!

If you live in Northeast Philly, Langhorne, Newtown, Southampton or, of course, Churchville, know that you’re just minutes away from a great brunch. Contact us to learn more, and we’ll see you soon!